The Mauritian photographer and videographer, Stéphane Mussard grew up in Tamarin before leaving for Paris to train in the audiovisual industry. He also worked for various production companies before returning to his native island in 2014. He now specialises in lifestyle and portrait photography.

Over the next few issues of Cap sur Tamarin, Stéphane will share with us a series of portraits of the beautiful people of Tamarin.

Just have a look. 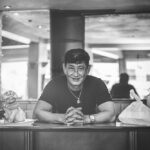 Les Salines Cafeteria was the first restaurant to open in Tamarin in 1996. It offers “the best Chinese food in the West!” says the manager, Paul. 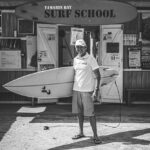 You can find Cyril at the Tamarin Bay Surf School, roaming around the bay, riding a wave – or in “The Forgotten Island of Santosha”, a 1970s surf movie. 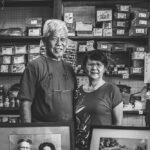 Shirley and Noël run the Tamarin Store, which was opened in the 1960s by the latter’s father, Roger. He is the man in the picture frame on the bottom left! 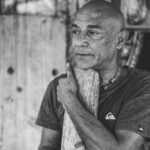 For over 40 years, Abdool has been making jewellery, chandeliers and necklaces from objects found on the beach – driftwood, sea urchin spines, shells, etc. The craftsman draws his inspiration from meditation and… from his 20 cats.